Our mother's memorial service will be on Saturday, April 21, 2012 at 5pm at Wedgwood Presbyterian Church in Seattle (8008 35th Ave NE). Please feel more than welcome to join us as we remember such a beautiful, courageous, intelligent and loving woman. And know that even if the distances prove to great, we know that you will very much be with us spirit. Your love and support during this time have been invaluable, and such a source of strength for us all. In lieu of flowers, memorials may be made to mom's beloved alma mater, Macalester College.
Posted by moe99 at 7:18 PM 2 comments:

Our brave, beautiful mother passed quietly in to her next adventure early this morning while surrounded by her loving family. She was sleeping comfortably, and was not in any pain. We are in awe of her fighting spirit, her courage, and the greatness of her love. One of her final requests was for everyone to know that she considered her friends to be her greatest riches, and that she considered herself wealthy beyond compare. We love her, and miss her deeply. Thank you so much for all of your kind words, love, and support during this difficult time. She was truly an amazing and inspiring woman, and our world was a better place for knowing her.

Hello dear friends,
My mother is comfortably sleeping right now, as she has been for the past few days. Each day, she is a little more tired, and a little weaker. Her blog post yesterday will likely be one of the last she makes, but I will continue to give you updates as I know many of you are interested in how she is doing. I want to thank you all for your love and support in the form of visits, phone calls, texts, blog comments, and warm thoughts and prayers. They truly mean the world to my mother, my brothers, and me. We are blessed to have such loving friends and family.

It's been a few quiet weeks, so I thought I would let you know how things are going.

Not so good.  We have finally settled on a good pain cocktail combination. Which means I will always be looking for a designated driver. MS Contin and short acting morphine.  I was expecting something like this: 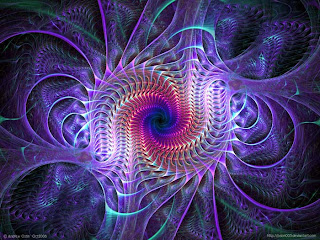 Instead, the pleasant operation of pain medications is more like this: 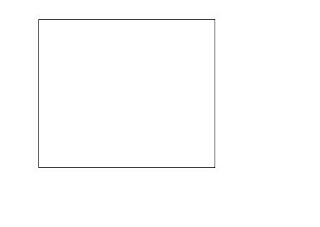 So I am pleased to be able to walk and sit and talk without being overwhelmed with pain.  Wishing you all pain free evenings tonight.
Posted by moe99 at 7:16 PM 5 comments:

Email ThisBlogThis!Share to TwitterShare to FacebookShare to Pinterest
Labels: update

Well, it looks like things are worse than originally thought.  Although it did not show up on the MRI (generally just big things show up), it appears that I have a 'dusting of cancer cells at the base of my spine on the cauda equina, where all the nerve endings that deal with the legs come out.

And, it appears, based upon observational symptoms alone, that the  cancer has invaded my cerebrospinal fluid. This is a very difficult thing to treat because chemotherapy to the CSF would have a significant impact on my quality of life.  So no more chemo, but I am receiving 5 rounds of radiation in the saddle back area to try to relieve symptoms such as pain.  I now wear a pain patch and use additional pain drugs when there is break through pain.  Wish I had better news.
Posted by moe99 at 6:35 PM 10 comments:

Fort Lauderdale was wonderful.  Weather, friends, food, doggies.  But the seven hours sitting  each way on the plane seems to have caused some problems.  In FL I found I was having trouble not only with neuropathy on the soles of my feet but numbness and pain continued to expand down from my butt through the backs of my legs.  When I returned to Seattle, the pain was even worse, so I spent Wednesday at the University of Washington's ER having an MRI done of my lower spine.  Then Friday I went back for an MRI of the upper spine.

Here is the preliminary MRI report and the final MRI report, which differ significantly:


IMPRESSION:
No evidence of metastatic disease to the lumbar spine or cord compression.
This is a preliminary report by DG.


FINAL REPORT:
Final Findings:
The final report differs from the preliminary report, as discussed below. Findings were conveyed by Dr G to Dr S at time of final dictation.


No central canal stenosis is seen at any level. No paraspinal or epidural mass is seen. The intrathecal and exiting nerve roots from L3-S1 are slightly enlarged in caliber and demonstrate clumping, as well as abnormal enhancement. Findings are consistent with arachnoiditis. No other abnormal enhancement is seen.


1. No paraspinal/epidural mass or central canal stenosis at any level.


2. Findings consistent with arachnoiditis in the lower lumbar spine.
3. Multilevel degenerative changes of the lumbar spine, as described.


So there we have it.  I will go in this week for a lumbar puncture to see if the spinal fluid can reveal any hints as to what is going on.  I am the proud possessor of a 4 prong cane.  I guess the one Jay gave me in college for shin splints won't do the trick anymore.  It's really hard to sit, so I am lounging a lot, rather like Madame Recamier, only not so gracefully or in such nice clothes: 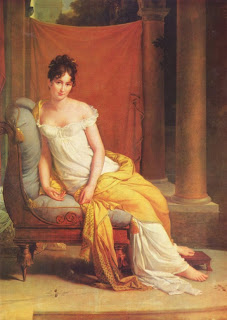 Email ThisBlogThis!Share to TwitterShare to FacebookShare to Pinterest
Labels: arachnoiditis

Made it to Fort Lauderdale yesterday.  It was a red eye nonstop flight but unfortunately could not sleep despite the comfy chair and inflatable donut pillow for the bum bums.  So I pulled an all nighter for perhaps the first time in 25 years.  But made it without further incident and dear friend and bro outlaw,  John, was at the Miami airport to pick me up.  Walked on the beach barefoot and it seemed to help the neuropathy. on the soles.  So will do lots more of that.

Posting will be light this week but I promise to add pictures when I return to Seattle.  It's cloudy today but the windows are open and the breeze is warm.  Just perfect.
Posted by moe99 at 5:53 AM 2 comments: